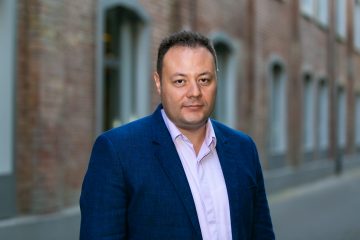 As a young graduate of the Faculty of Civil Engineering, in 2008, I stepped on the threshold of the faculty to the labor market with emotion and confidence that the aspirations and objectives built in the 5 years of study will be translated into a constructive, fruitful work environment to complete through practical know-how-theoretically accumulated. Thus, I aimed to develop professionally, within a community of engineers that emphasizes professionalism, mutual respect, integrity and personal and professional development.
Following a careful analysis of the existing offers, I chose and, in my turn, I was chosen by Popp & Asociații, a choice that I personally revalidate every day since. Popp & Asociații is the place where we found people passionate about the chosen profession, proud of their achievements and who, through the behavior and devotion expressed, have certainly become examples to follow. I hope that the time spent at Popp & Asociații helped me to become one of the “They”, that is, a man who brings added value to the Popp & Asociații team, through hard work, seriousness and the desire to get things done.
Popp & Asociatii is not a simple employer, but rather a community. In it, we discovered a professional environment in which great emphasis is placed on the development of each member, a team can be strongly formed only as long as each member reaches its maximum development potential. Popp & Asociații is thus the ideal environment in which young engineers who want a consistent and healthy evolution in the field of structural design can develop their knowledge.
Being a promoter of new technologies in the field, a “trendsetter” to which other market players aspire, Popp & Associates aims to digitize the field by promoting and developing BIM technologies and the virtual work environment.
As BIM Manager of the Popp & Asociații team, I aimed to promote the modernization of the construction industry by digitizing the design process, issuing documentation and performing quality verification and control. I consider that the modernization of construction practices is absolutely necessary in an area that has so far seen a modest evolution in terms of increasing labor productivity.