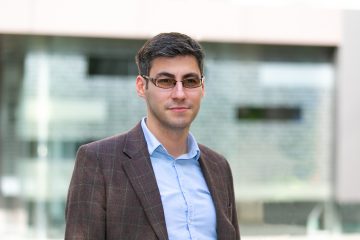 I chose the field of construction somewhere towards the end of high school, knowing only superficial information about the sector in which I was going to work. At that time I was motivated on the one hand by the desire to maintain a beautiful childhood friendship with a colleague who was already a student of architecture and the desire to take courses at a university abroad. I finally chose to take the courses of the Faculty of Construction at the University of Glasgow, UK.
I arrived at Popp & Asociații for the first time in 2012, for a month, for a summer internship, after I had already worked in Bucharest, at another company, and in the summer of 2011. I then tried to “enter” which I already knew was the most powerful design office in the country. I was then impressed by what I found here, by the people I met who had the openness and desire to guide me. The choice after completing the courses was therefore natural, especially since I had planned to return to Romania. However, my affinity for my colleagues had already been defined a year before, during the summer spent at the office.
In 2013 I joined the Research and Development team where I had the opportunity to know closely and perhaps more intensely both the operation of the company and especially the principles, solutions, technologies and design methods of the most varied, for different types of structures. Probably, however, I felt the strongest approach to the works of consolidation-restoration of existing buildings or historical monuments, an area I was attracted to since college.
I was part of the Research-Development team until the beginning of 2018, when, with a process of development and reorganization of the company, I agreed to take over a new direction that I am still working on. The current activity mainly involves the argumentative identification of new directions to which the group of companies can go along with the evaluation of the current market conditions in which our company operates.
In parallel with the professional activity carried out at the office, I have been involved since 2015 in the Association of Structural Design Engineers, practically following closely the revival of the last years of the Association. The main activity carried out here was the organization of an Internship program for the students of the construction faculties, a program realized at the time of its debut, in a pioneering regime.