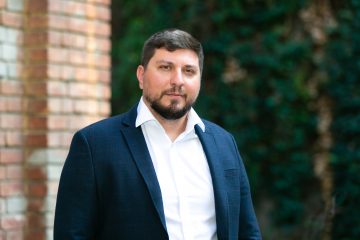 The Marmorosch Blank Bank Palace was built between 1915-1923, in a neo-Romanian style, with Byzantine and Gothic influences. The building is on the list of historical monuments of Bucharest. The construction was commissioned by Marmorosch Bank, Blank & Co, one of the most important Romanian banking institutions of the 1920s, owned by Iacob Marmoroch and Mauriciu Blank.

The Marmoroch Bank operated in the building until its nationalization in 1949. Subsequently, the Investment Bank was headquartered there, and after the Revolution in 1989, the Romanian Development Bank. In 1993 the building was extended to Eugeniu Carada Street.

Having no destination for several years, the Marmorosch Blank Bank Palace underwent a restoration process and was transformed into a luxury hotel, inaugurated in August 2021.

We participated in this work as a designer until the technical project phase.

The objective pursued by the beneficiary of the building was to change the function of the financial-banking building into a hotel, by restoring, consolidating and protecting the historical monument located in the protected zone no. 27 Stavropoleos.

The structural solution was made based on the architectural proposal prepared by CUMULUS S.R.L., general designer of this investment.

The proposed intervention solution complied with the requirements of changing the function of the building, which involved remodeling important areas such as facades or courtyards, having limitations in the intervention areas only outside those that needed to be preserved and restored. The interventions resulting from the modification of the function led to the replacement of the existing masonry elements in the facades with reinforced concrete elements in a configuration with different geometry as it was necessary for the space optimization, according to the beneficiary’s requirements.

In addition to the elements listed above, the proposed intervention solution also involved introducing concrete cores on vertical traffic areas, out of the need to increase the rigidity and resistance of the building to lateral actions.

In the conservation and restoration areas where the consolidation interventions were limited, the solution to increase the bearing capacities of masonry elements was to introduce drilled vertical metal tie rods.

The design was made at a higher value than the minimum required according to the evaluation code of existing buildings.