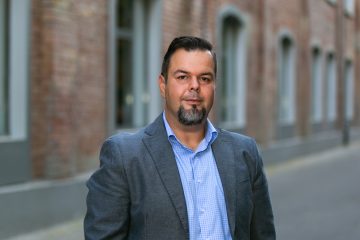 We designed the resistance structure for this residential building, which has an approximately triangular shape in the plan, and the resistance elements are arranged according to the directions of the sides of an equilateral triangle.

The structure was proposed consisting of structural concrete walls (individual or coupled) arranged according to the three main directions that the structure has, a part grouped within a central core and a part arranged on the outline of the building. As elements of resistance to vertical forces and seismic forces, apart from the walls, the structure also contains frames made of reinforced concrete columns with rigid reinforcement and reinforced concrete beams, the frames being arranged according to the three main directions.

Inside the core are the vertical circulation elements (two elevators and the staircase), elements that are separated from each other by walls.

The basement, delimited on the outside by molded walls, occupies the entire land and is structured vertically according to the shape of a helix made concrete by a series of successive ramps alternating with areas of horizontal floors. Taking into account the existence of five underground levels, the high loads transmitted by the superstructure, the foundation  on a piloted general leveler, the infrastructure being made in the premises from molded walls. A leveling concrete layer is provided under the general screed. 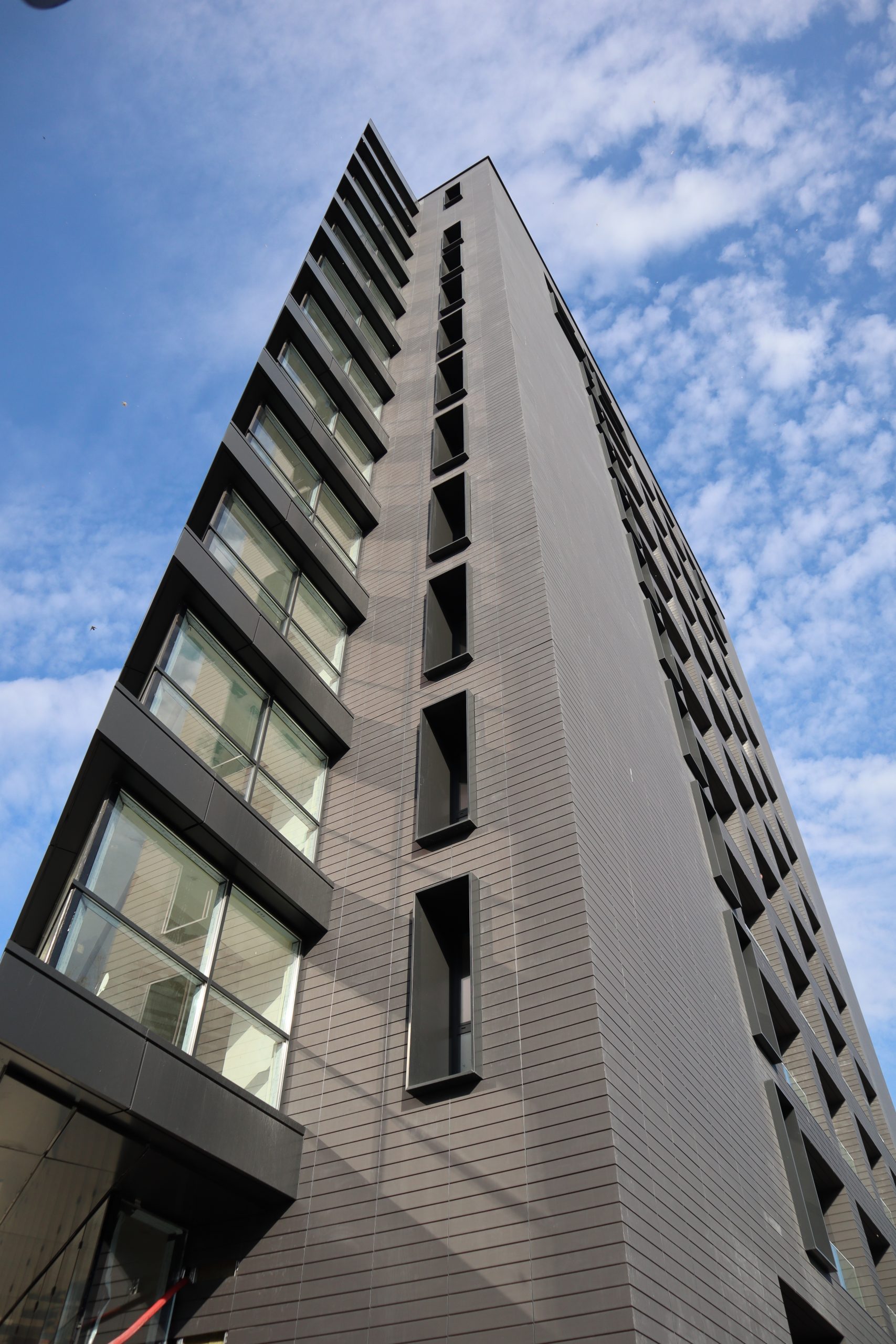 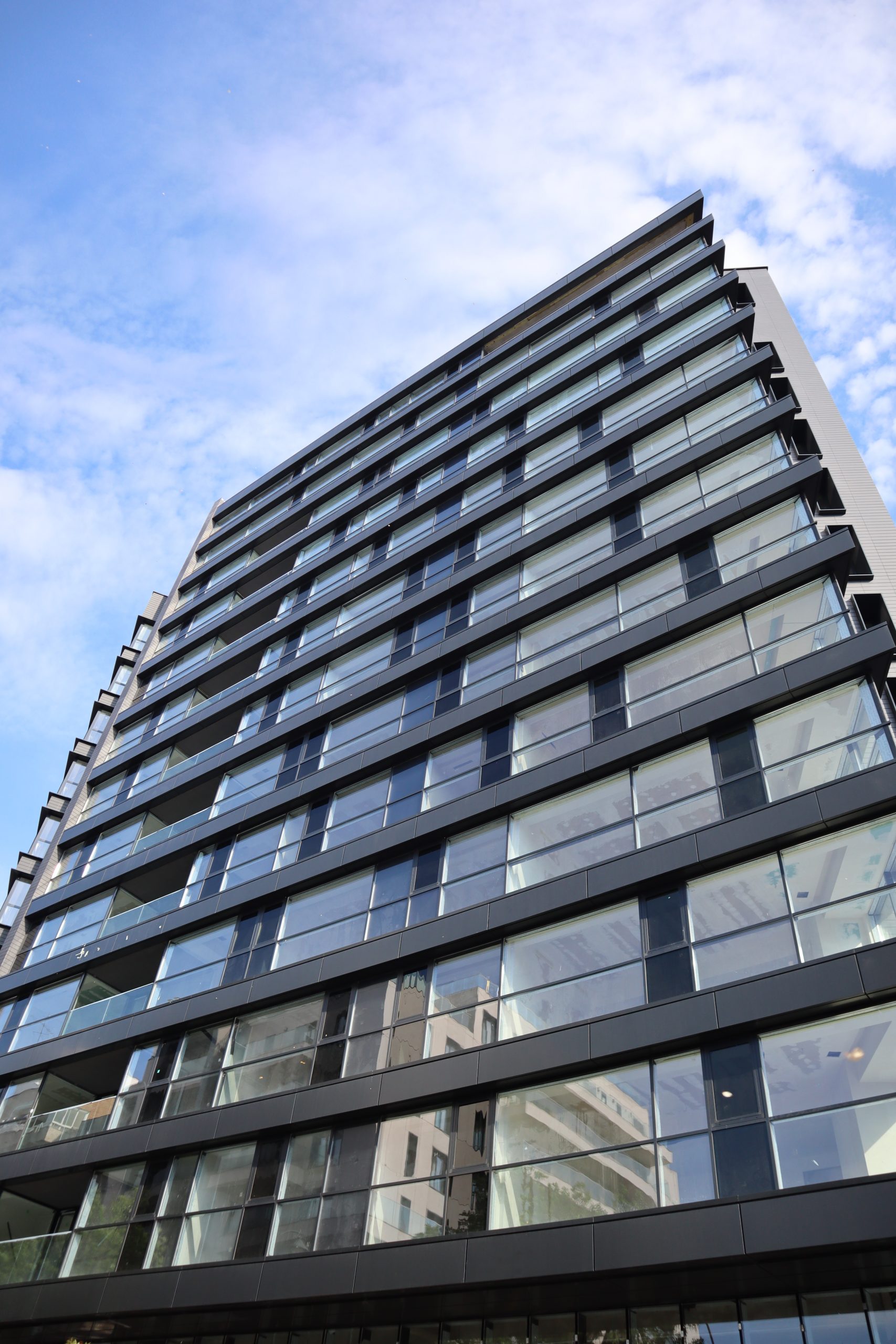 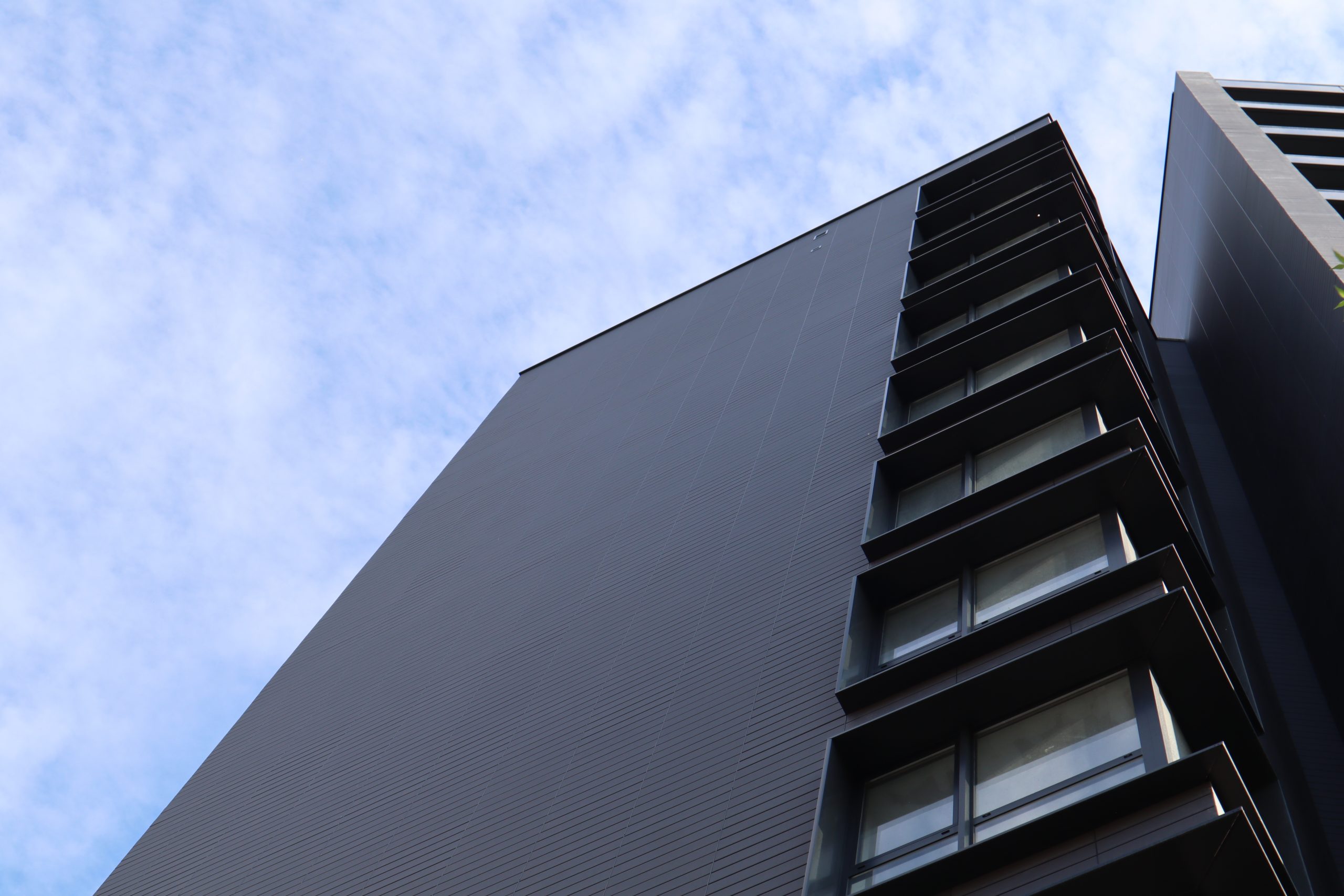 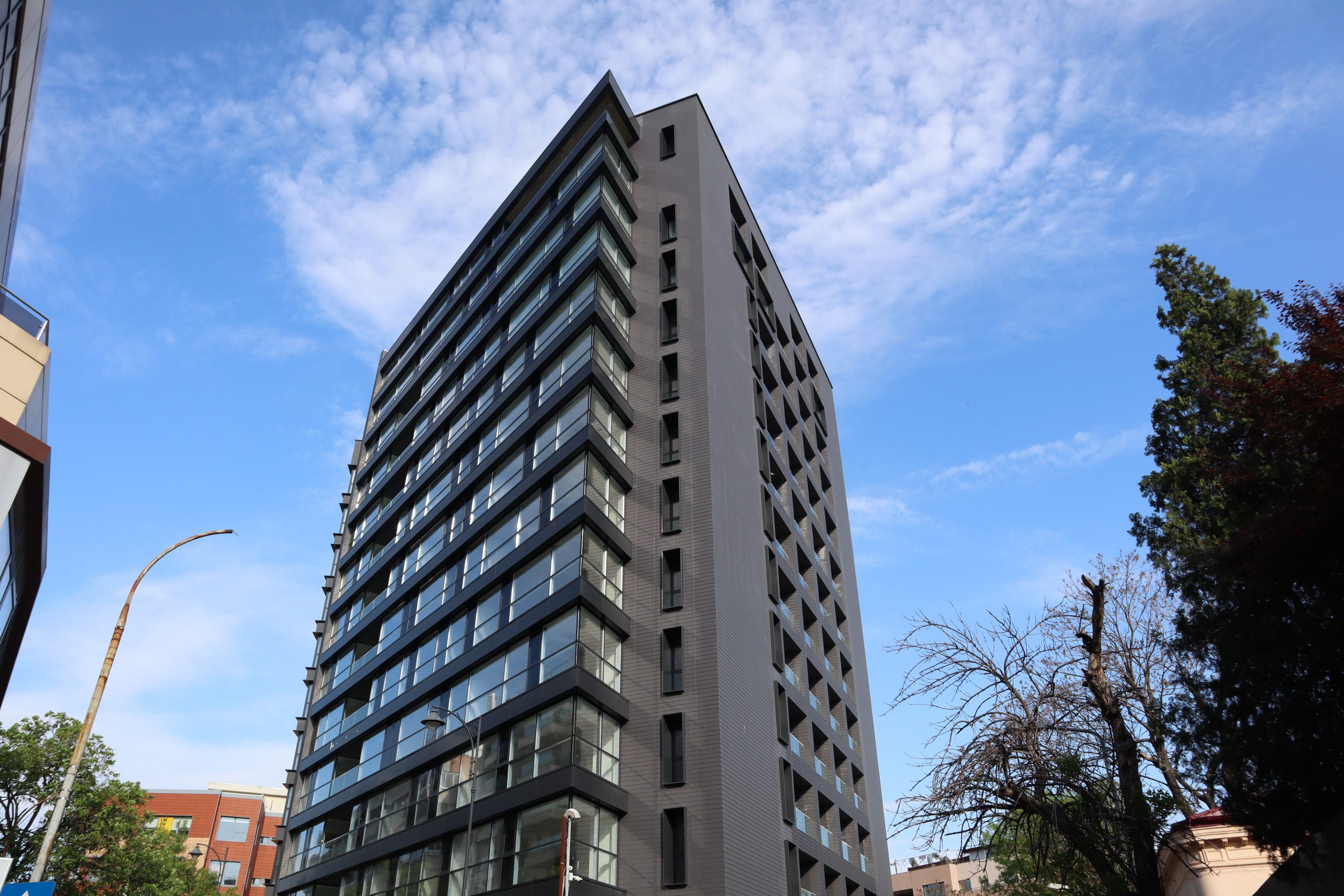 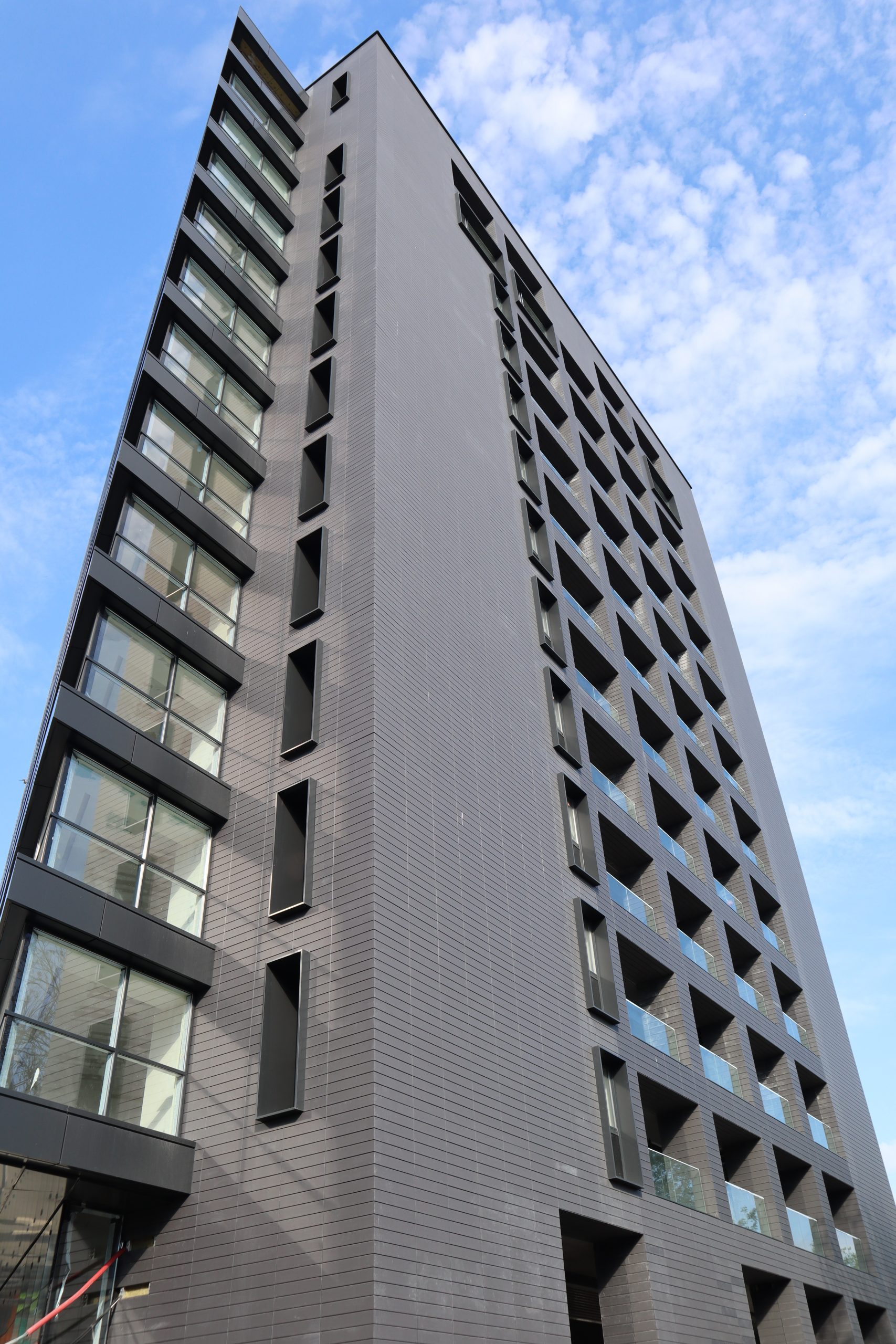 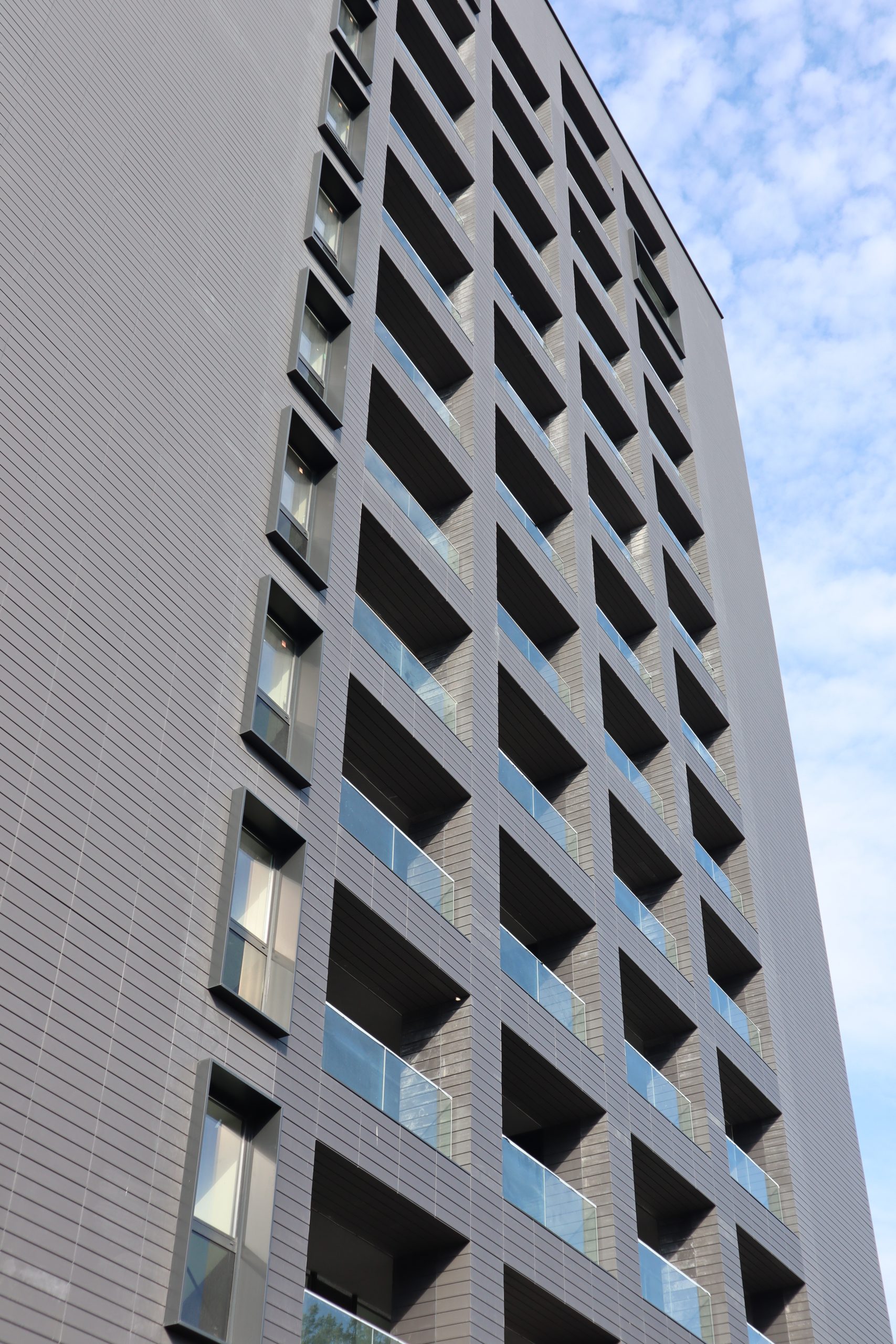 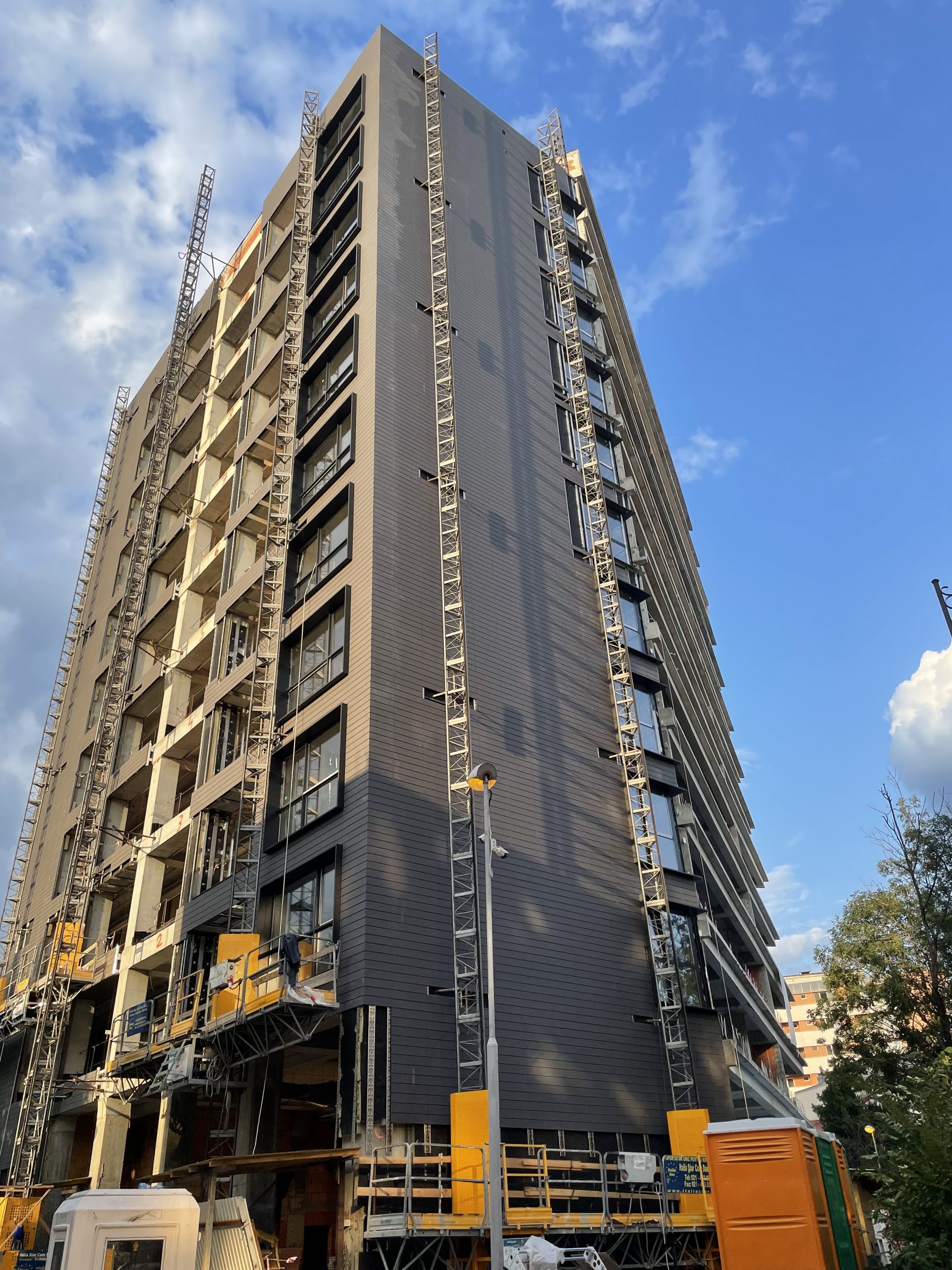