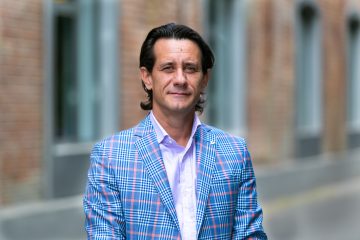 Decebal is a construction engineer with a family tradition who practices his profession with pleasure and passion, having passed through all construction professional stages: unskilled worker, practicing student, project manager and top management positions. During college he specialized in civil engineering and later continued as a team leader in a wide range of projects: starting with interior design and ending with industrial projects, office and residential buildings. Decebal is animated by the pleasure of practicing his profession, being balanced, correct, attentive to details and constantly looking for innovation, benefiting from a vast experience in communication and interaction with all factors involved in construction projects: investors, designers, authorities, subcontractors , service and material providers, consultants and managers.
Over time, Decebal worked as a project manager for general contractors for large-scale buildings such as Globalworth Tower or Cathedral Plaza. Globalworth Tower is the second tallest building in Romania (3S + P + 26E, 126m, 70,000sqm), being also the first building in Romania to be constructed over subway tunnels that remained in operation throughout the construction works. During the peak period, the activity involved the coordination of 100 engineers and about 1000 workers, with the responsibility of all phases of the project: design, execution, commissioning. Following the analysis of the initial project, a series of optimizations were implemented which led to a reduction of the budget by about 5 million Euros, while also achieving a superstructure execution rate of 1 floor / week. In this project, for the first time in Romania, the foundation solution on piles with an enlarged base was used. In the case of Cathedral Plaza (4S + P + 18E, 80m, 30 000sqm) the responsibility involved coordinating the works for the execution of the first building in Romania where the “top-down” technology was made, this materializing in a shorter execution time , respectively at the time of the completion of the eraser, the structure of the 8th floor was already made.