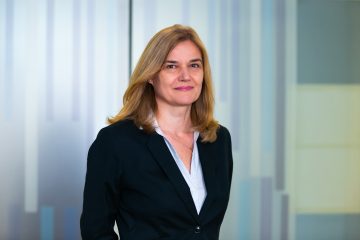 I joined the Popp & Asociații team shortly after the company was founded, when the team consisted of only 5 people. I did not suspect at that time the rise and development that the company would experience in the coming years. Here we found Dragoș and Mădălin, ambitious and perfectionist engineers in a simple, friendly atmosphere, rich in technical discussions and shrouded in the pipe tobacco smoke of Dr. Eng. Traian Popp.
I came with experience in the administrative field, but I also had the ease of using numerous and various applications (for drawing, programming or databases). Although I was initially attracted to the technical area, the rapid evolution of the company eventually led me to take on an administrative role that I understood to play responsibly, at first intuitively, and then contribute to the creation of a administrative system that works in accordance with the values ​​of our company.
Naturally, the road was not always smooth, we went through good times, but also more demanding moments, restricting the activity or even explosive growth. I learned from my mistakes and gained an experience that today entitles me to look to the future with confidence.