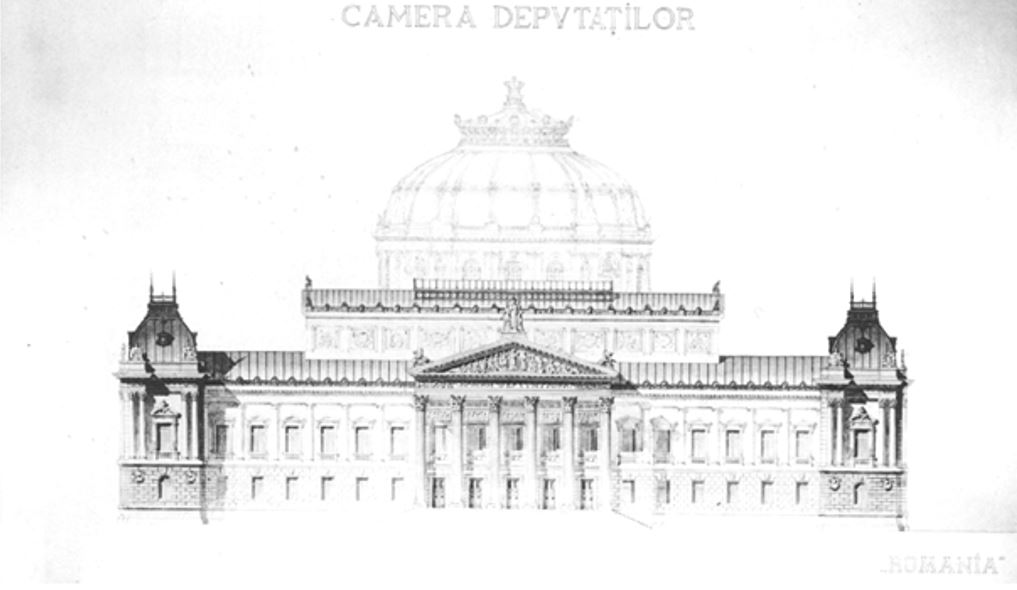 The paper depicts the reahabilitation and structural strengthening process that is currenly underway for the Patriarchate’s Palace. The monument is of highly national significance, especially that it served as the seat of the Romanian Parliament for nearly a century. The building’s overhauling project is of increased difficulty. The most important elements that had to be taken into account were the wealth of architectural details, the building’s sheer volume and its location on an unfavourable, steep hill. The building’s seismic safety was increased by introducing reinforced concrete stiff cores, coupled together by newly cast rigid slabs. The adverse effects of the steep hill were addressed by introducing a „pile support wall”, along the monument’s outer perimeter. The piles were linked together with an extensive raft beam. Furthermore, a large number of horizontal and vertical steel tie thrusts were introduced in the building’s walls. The thrusts were placed in the longest wall boreholes ever made in Romania for such a project.